Schlotzsky’s is a 40-year-old foodservice concept specializing in sandwiches and other deli items. Started in Austin, Texas, it grew to become a successful international multi-unit franchise restaurant. As it began to grow and scale, the brand began to lose its way and was becoming less relatable and recognizable to its passionate user base.

Schlotzsky’s tasked SRG to help it become more relevant, break through the clutter, and carve out an ownable space in the crowded fast-casual landscape. We did extensive qualitative research, as well as positioning work, and identified an opportunity to more fully leverage Schlotzsky’s Austin roots through “the spirit of originality.”

Going back to the brand’s roots, we were inspired by the eclectic Austin scene with unique food, aesthetic, and culture. We redesigned the Schlotzsky’s logo and brand look and feel to capture the unique sense of creativity and energy inherent in the brand’s DNA. We also translated the new brand look and feel into an immersive experience in the restaurants where the food, people, and environment all come together in a dynamic “Austin Eatery” space.

The new direction tells a brand story, through an intriguing mix of objects and graphic motifs designed to entice the consumer to ask questions and interact with the surprising lore of the brand. We reinvigorated the food experience with an open kitchen design that supports freshness cues, features beer and wine offerings to create new dayparts, and utilizes technology for grab-and-go mobile ordering.

The Schlotzsky’s Austin Eatery was launched at the Global Franchise Conference in February 2016, and a test store with SRG’s new design opened in Atlanta in December 2016, featuring an evolved menu based on our strategy and menu implications, including craft beers and Austin inspired eats. Today, Schlotzsky’s is rolling out the brand in additional new stores in Atlanta and beyond. 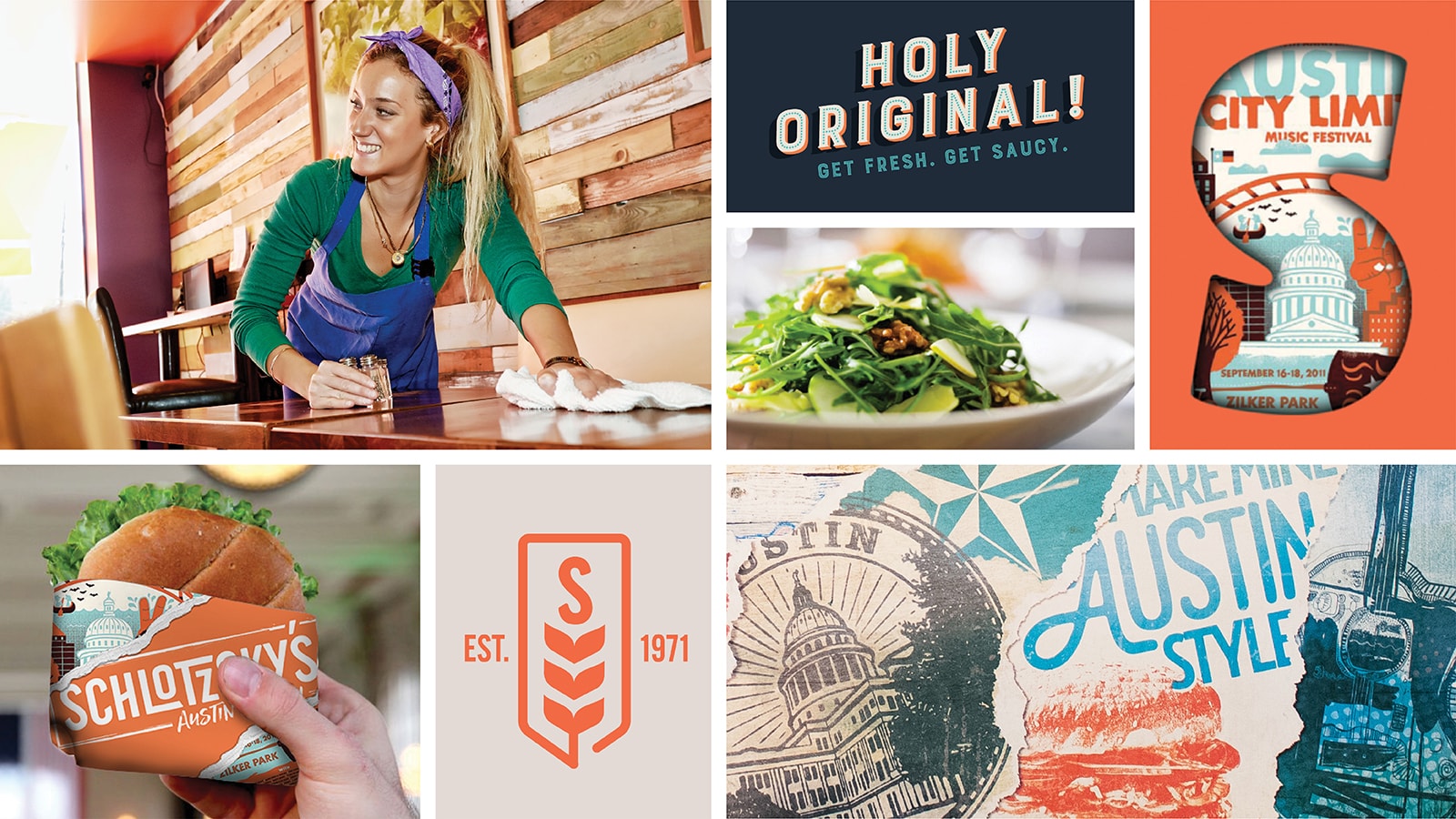 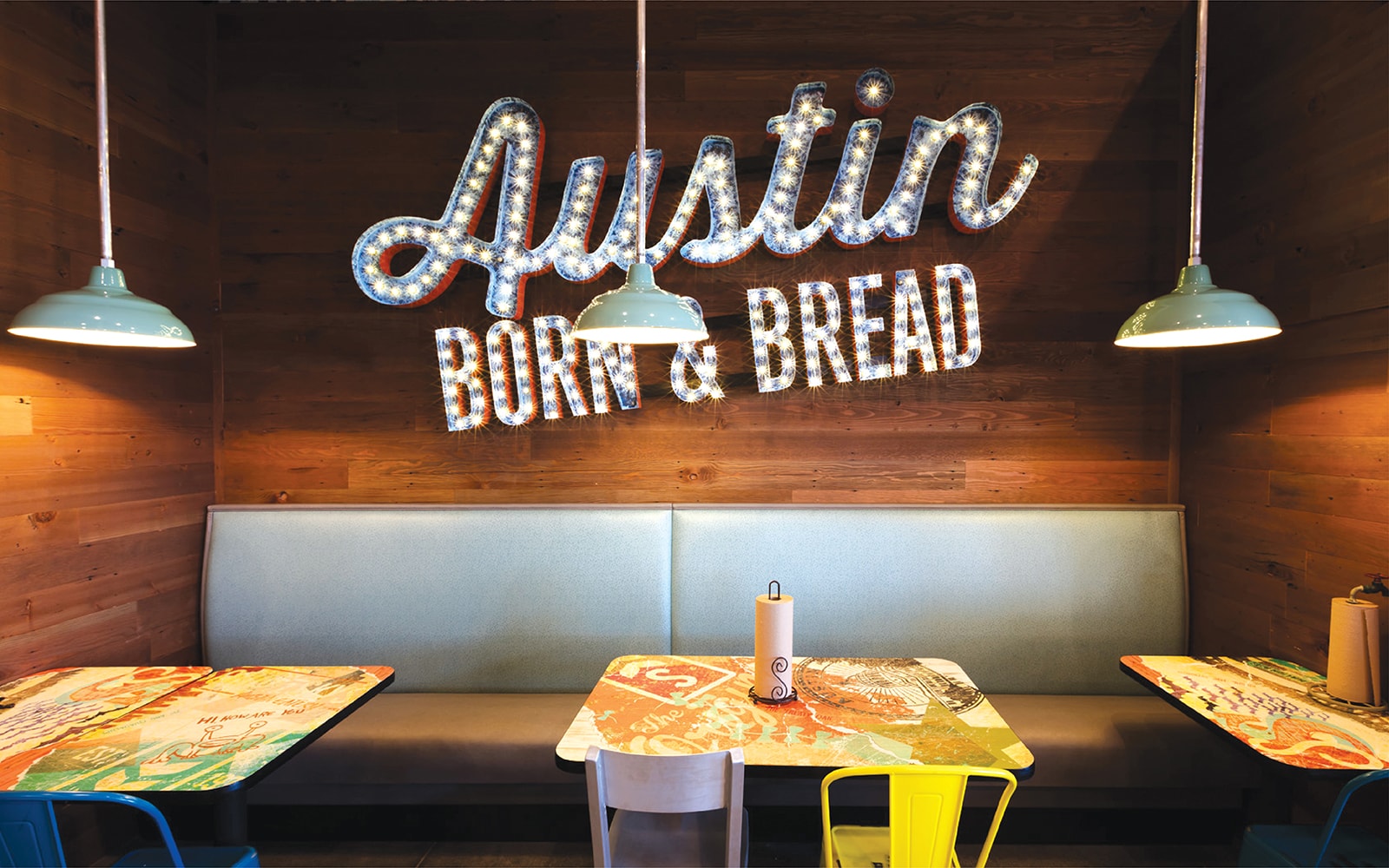 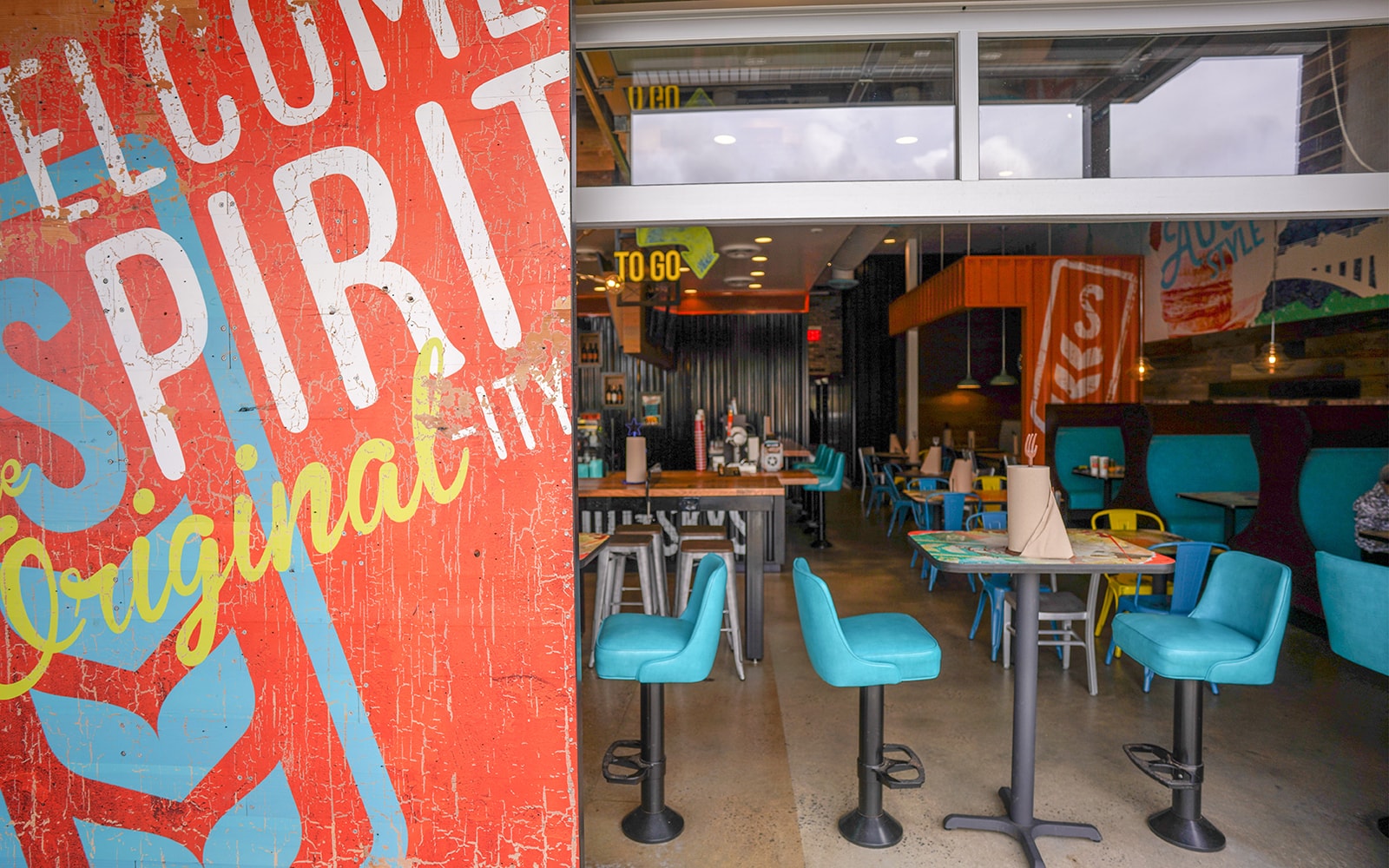 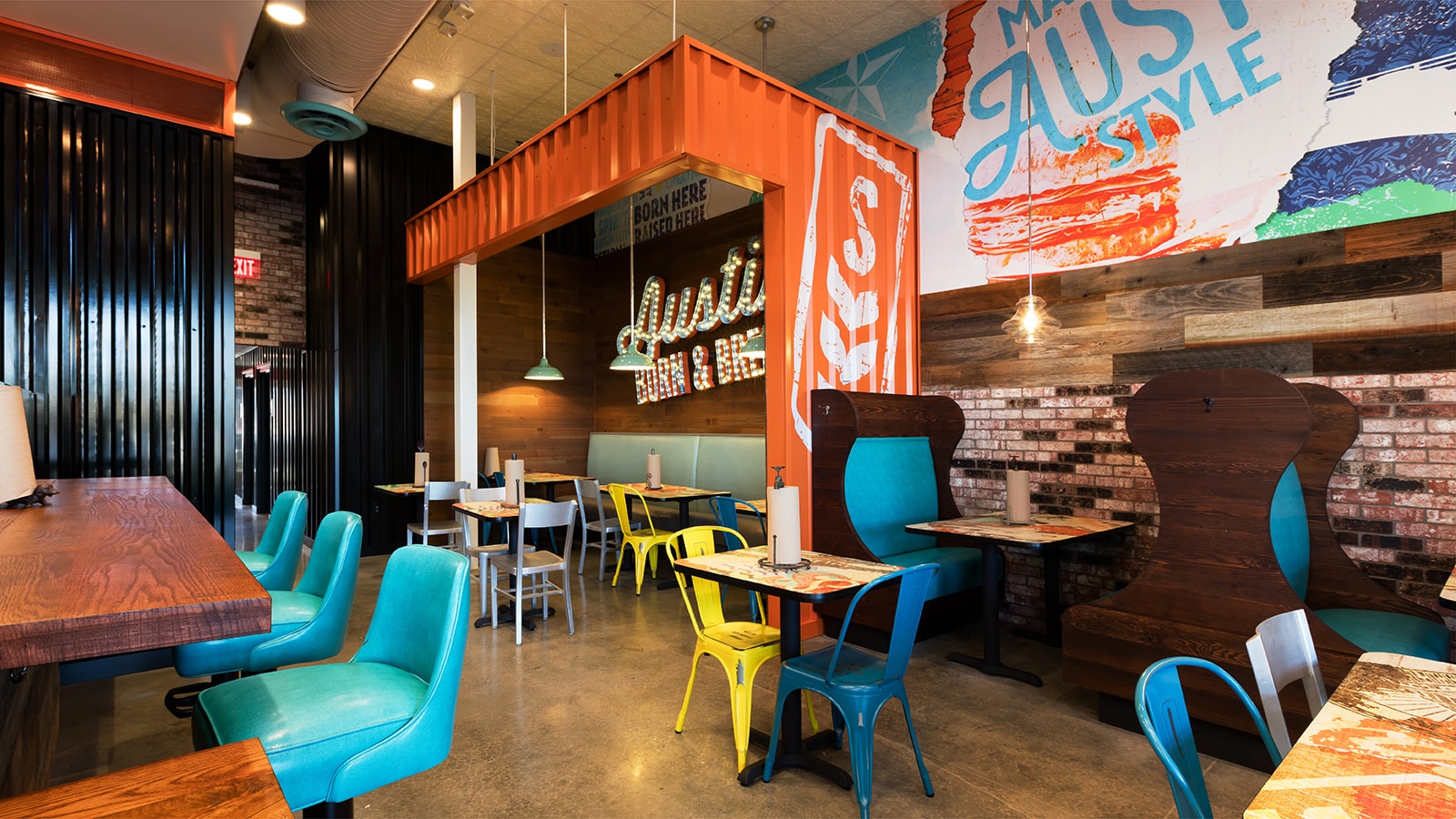 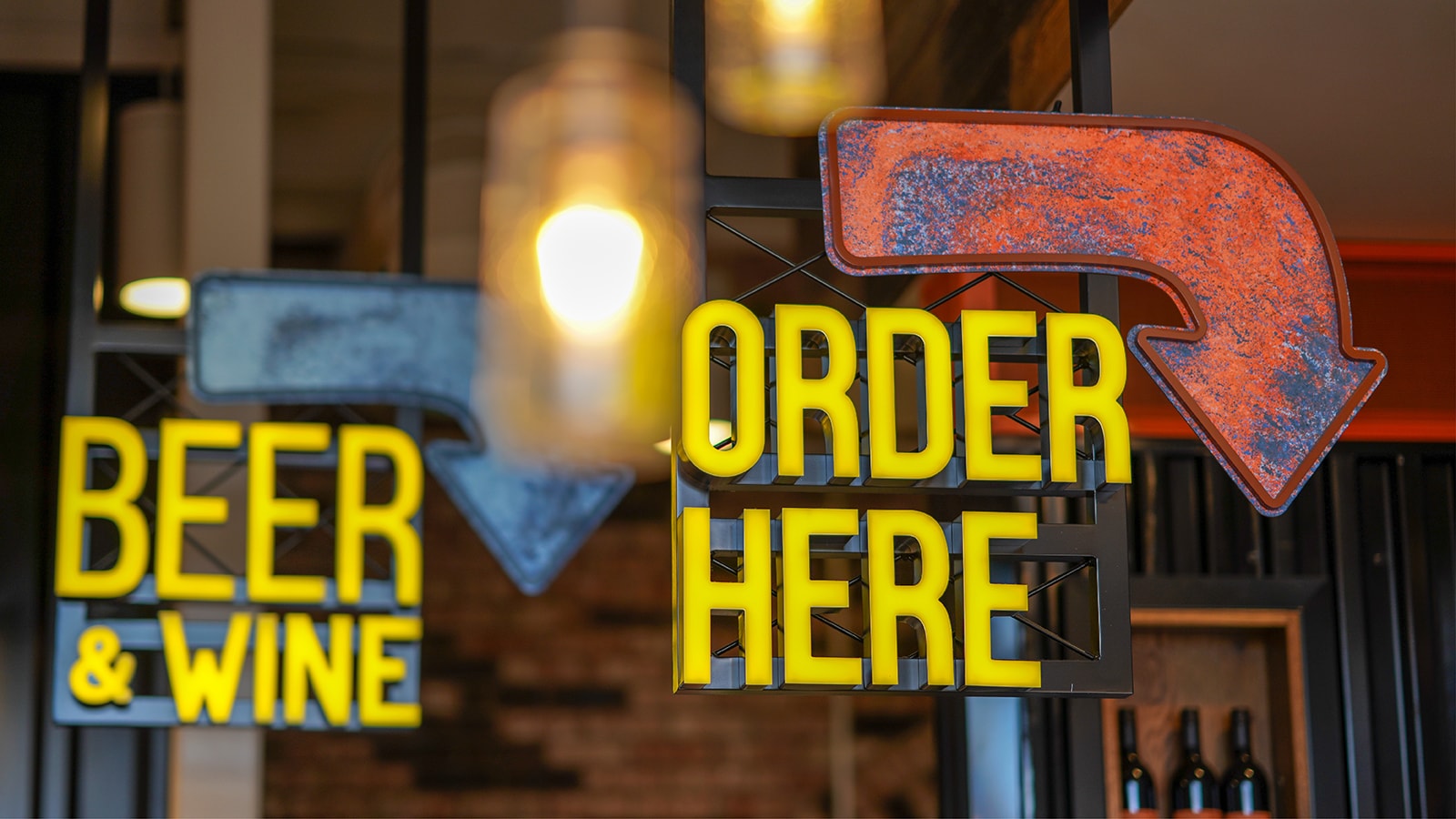 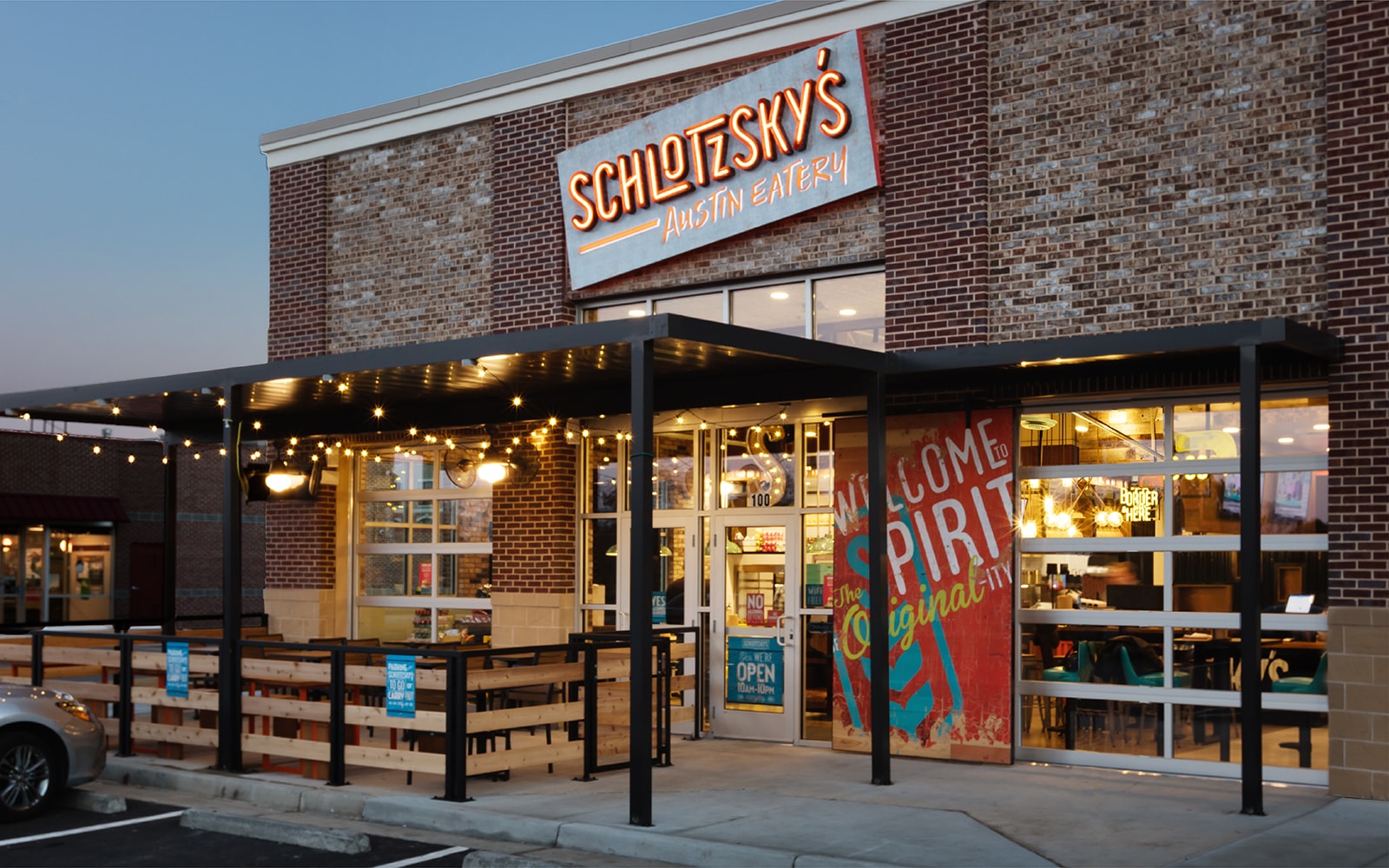