Potatoes were battling the general perception of being an empty carbs that didn’t have a place in modern diets. In 2007, Potatoes USA tasked SRG with helping to shake that bit of misinformation and figure out a way to reinvigorate the potato’s reputation so it would appeal to consumers.

SRG leveraged compelling nutrition research to help debunk the health myths about potatoes. From there, and over time, communications shifted to a more food-involved target. These “food enthusiasts” are adventurous eaters, creative cooks, and seek inspiration in the kitchen, both at home and when dining out. We set out to delight them with uses for potatoes beyond the traditional fried, baked, and mashed.

We created positioning for the brand and worked on multiple consumer and industry campaigns. The current campaigns run across print and digital advertising in the U.S. with the impactful messaging that potatoes are, convenient, tasty and a beloved staple in virtually every cuisine across the globe and they’re an easily accessed gateway to a delicious world of culinary wonders. With this in mind, and with key partners like the Food Network, we created the 9th Wonder of the World campaign to give potatoes all the bravado they rightly deserve.

In just four years, we helped reverse consumer perceptions of the healthfulness of potatoes: In 2007, 30% of consumers rated potatoes as being unhealthy. In 2011, that number dipped to 18%, a 40% improvement. From 2011 to 2015, the key consumer target reported a 22% increase in positive perceptions of potatoes. 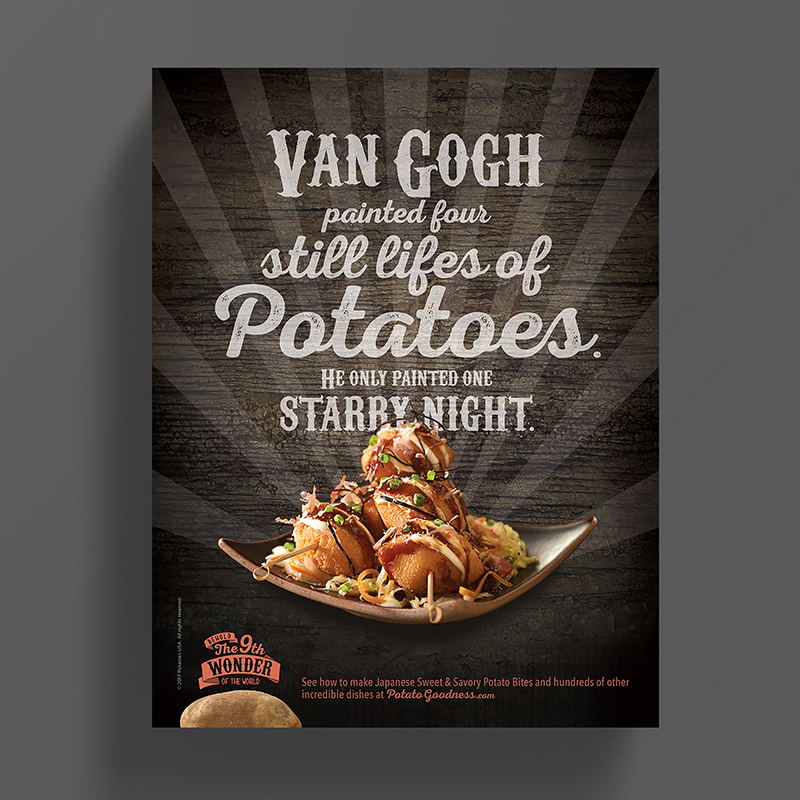 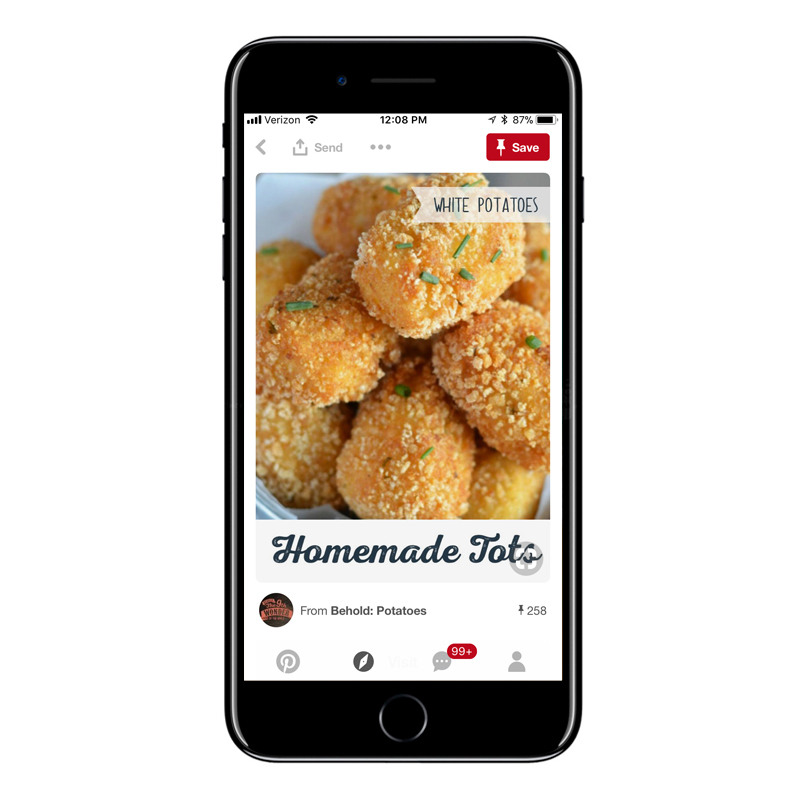 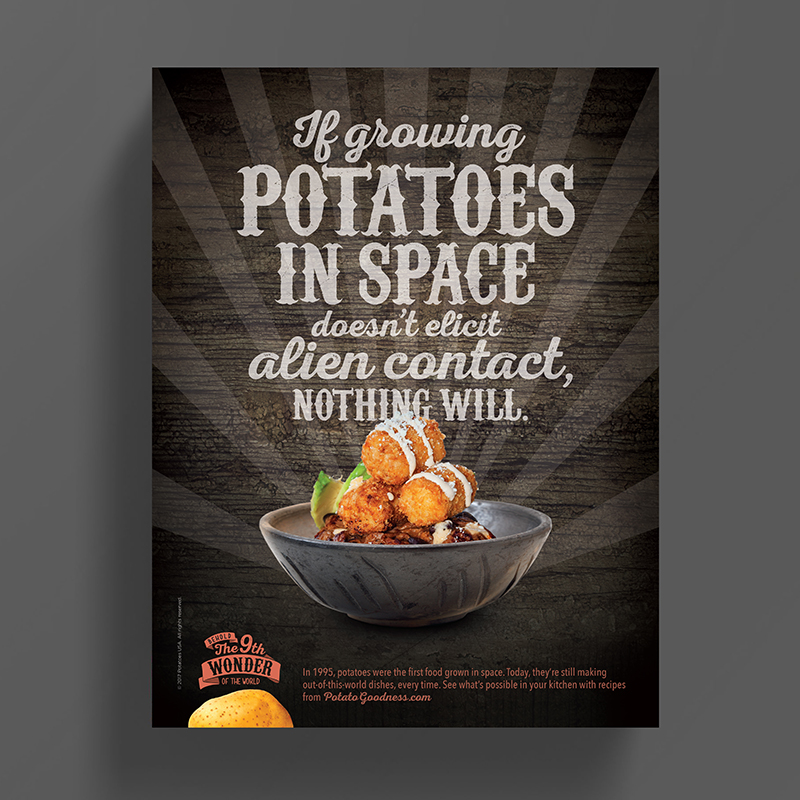